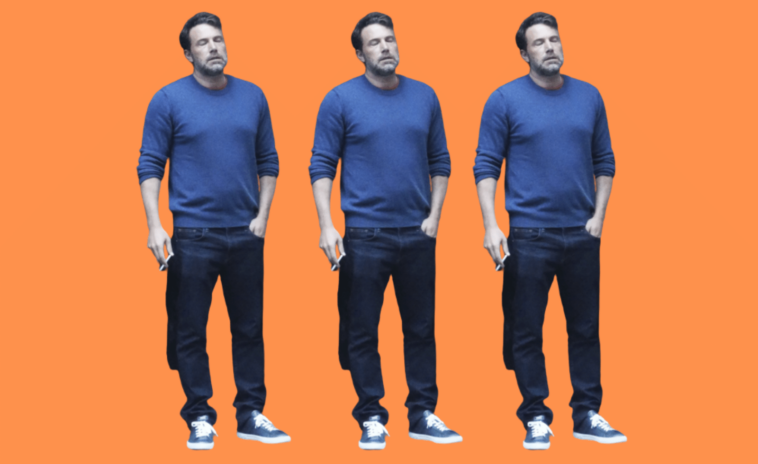 It’s November, and the Thanksgiving menu never changes: you’re getting turkey and tension. Dealing with family holiday time can be tricky. If you feel like Ben Affleck in that one meme, check out our solutions for common holiday problems, below.

1. The problem: “I voted for this candidate, and then I made it my whole personality!”

The most pertinent and recent of all family beef is the political one, which sucks in even the most level-headed kin. Your conservative uncle was mostly normal until 2016, and when your liberal cousin got into meme-sharing on Facebook, she began screaming at anyone who says that dogs have genders.

How do we keep from turning Thanksgiving into the next Civil War?

The solution? Water off a duck’s back

Rise above the bickering and realize that some people love being mad. Don’t let their vitriol bait you into bickering, and don’t get defensive – it’s just what they want, so they can revel in the fact that they “won” an argument by dragging someone else down to their level. When someone tries to get under someone else’s skin, let your response be informed by the age-old meme: “Did anyone try the chicken? The chicken was lovely.”

2. The problem: The same old song

You’ve heard this one before: “So, are you in a relationship yet?” “When’s the wedding?” When you go home, it’s like the same playlist is on repeat – your family is hounding you again about whether or not you’re in a relationship, whether your relationship is getting serious, or when you and your partner are going to tie the knot.

The solution: Stop the cycle

The only way to start talking about a topic differently is to stop ignoring it in the first place. Tap into your emotional intelligence and create a different conversation: “We talk about this a lot, mom, and the conversation always goes the same way. I want to know what this topic means to you and how I can help you conceptualize what it means to me.”

You put your hand on the doorknob, ready to hop on your flight home, and you hear from the other room, “Leaving so soon?” Sometimes, it doesn’t even need saying, and there’s an unspoken pressure to stay for longer than you’re comfortable. Perhaps you didn’t want to show up at all, but you did it for your family’s sake.

There are no rules about when you have to come and go during Thanksgiving – in fact, there’s no rule saying that you need to be there at all. But if you want to make an appearance, have a reason you need to leave ready-made, like work to do or a pet to tend to. And stand strong as you leave – if you feel like you’re going to get caught in a cycle of guilt-tripping, make your goodbye as short and sweet as possible.

4. The problem: A screaming match

Some are still recovering from last year’s holiday blowout, and others have had tensions simmering for years. It’s possible that every year is a different bust-up about a different ludicrous topic.

The solution: Have backup

Find a friend or another relative you know will be there for you during the inevitable explosion, and text them live updates as the weekend progresses. Humor is one of the highest-order defense mechanisms, so even if you’re feeling overwhelmed, don’t be afraid to crack a few jokes about the absurdity of the situation, as it’ll help the time pass.

5. The problem: I’m the family therapist

You want this Thanksgiving to be the one where you’re the best group therapist in the world, and everyone is holdings hands and singing kumbaya at the end. But just like every year, your family splits, and your grandmother corners you into the kitchen to talk about how much she hates your dad right after your sister just ranted to you about your grandfather.

The solution: Don’t take it personally

Complaining is built into the very DNA of human nature, and there’s no way to avoid it. But at the same time, it’s not about you. Never assume that anyone’s narcissistic behavior is an intentionally malicious attack – they’re more than likely thinking of themselves, and you haven’t even entered their mind.