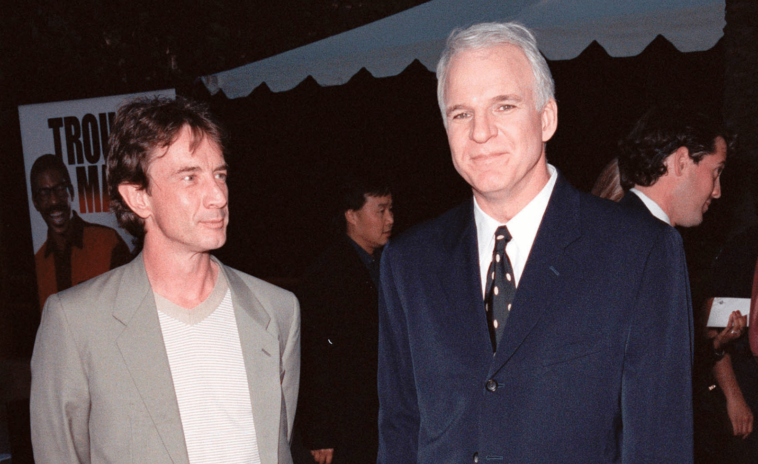 “Only Murders in the Building” was an instant hit. Within hours of the show’s first airing, audiences and critics alike were enamored by the on-screen chemistry. And this was not only between longstanding comedic partners Steve Martin and Martin Short but the show’s third protagonist Mabel Mora, played by the lovely Selena Gomez. While those who were unfamiliar with her acting chops were not immediately convinced with the pairing, they were certainly thrown through a loop as season 1 progressed.

Don’t let your uncertainty about the casting deter you from checking out the show. “Only Murders in the Building” generated Hulu’s largest-ever audience for a comedy premiere. In fact, it quickly became Hulu’s most-watched comedy as well.

So when this fated trio took to the streets for season 2 press, you bet they were a sight to see.

Steve Martin recently had Covid and was unable to attend their taping of “Jimmy Kimmel Live!” in person. When Selena and Martin took the stage, the latter was carrying a briefcase. They began the interview and then mentioned that Steve was there with them. Martin propped the briefcase up and opened it, revealing an iPad that was strapped to the top. And there was Steve.

While Steve chose to rant about his career unsolicited, Marty’s attention waned quickly. Selena stared off a bit with her eyes wide, a look of pure embarrassment on her face while Steve went on about his accolades. Martin shut the briefcase while Steve was mid-sentence, talking about his banjo setup. They joked a bit amongst themselves, opened the briefcase back up, and he was still going on about his instruments.

But this is exactly the behavior we have come to know and love from this timeless comedic duo. While they have both demonstrated range throughout their acting careers and while apart, there is something magical about them when they are in a space together.

Martin and Short met on the set of 1986’s “Three Amigos!” but didn’t become really close until they shared the screen in 1991’s “Father of the Bride.” Gomez was born in 1992, so she is almost as old as their wise-cracking relationship. But her old soul precedes her, and her personality is a perfect balance to their signature slapstick flare.

The three were interviewed by Variety on the red carpet at the premiere event. When speaking on the expectations for season 2, Steve joked, “Where Marty falls down, I come up. So the balance is always working.”

Gomez went on to balance the conversation when she was asked about the overturning of Roe v Wade. She spoke passionately, and Steve praised her by saying: “[she has] clarity of thought, [is] persuasive and compelling.” Martin retorted, “So I have been called those things, haven’t I?”

The first two episodes of season 2 of “Only Murders in the Building” is now live on Hulu. 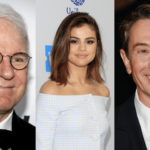 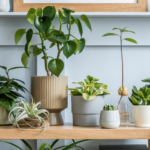