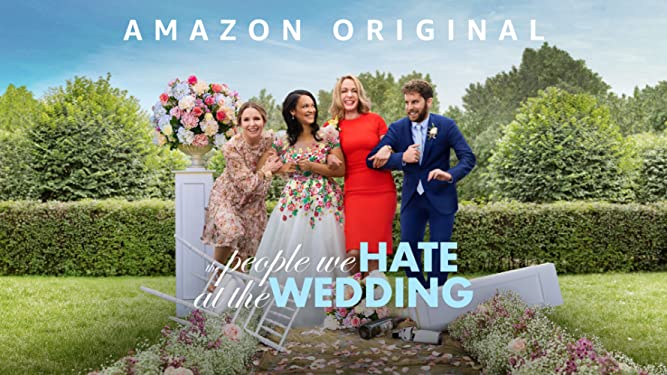 the people we hate at the wedding

Holiday-themed romantic comedies are a dime a dozen these days. So when Amazon Prime posted “The People We Hate At The Wedding” to their app during this timeframe, the cynic inside of me jumped for absolute joy. As a single person, I was over the sticky-sweet, predictable cuteness of the regular winter release. As someone who works pretty heavily in the wedding industry? I was ready to see the jaded side of celebration season.

Based on the book by Grant Ginder and directed by Claire Scanlon, the movie follows a brother and sister as their half-sister gets married in an extravagant ceremony overseas. The three siblings, played by Kristen Bell (Alice), Ben Platt (Paul), and Cynthia Addai-Robinson (Eloise) have a strained relationship, with Eloise being particularly estranged from the other two. The trio has a special type of chemistry in the way they choose to fight and play nice throughout the film.

The incomparable Allison Janney plays their mother Donna effortlessly, echoing the “can’t you all just get along?” sentiments that generations of parents have screamed into the abyss.

So many romantic comedies keep the plotline basic and don’t spend time on characters that have, in theory, shaped the protagonists. I can’t speak to the book, but the movie spends considerable time elaborating on Donna’s story. Yes, she is portrayed as a bit of a tightwad and incredibly frustrating for the kids in the beginning. But for once, you get a glimpse into the matriarch’s past, present, and future. You can see her heartache, notice how she supported and protected her children, and view her as an entirely independent character from the three true protagonists.

“The People We Hate At The Wedding” focuses on blended families and the pain of comparison in a way that we are not familiar with in modern cinema. It isn’t afraid to vocalize both the beauties and the difficulties of a layered family.

The movie is inclusive of same-sex relationships – like that between Paul and his boyfriend – and engages in the discussion of what emotions come up when trying something like an open relationship.

3. It Examines Self-Worth Through Many Lenses

“The People We Hate At The Wedding” emphasizes a discussion around self-worth as it stands for each character. While Donna explores what makes her truly happy – and begins to find it in an old flame – Paul also has self-reflection time to really explore what he wants in a romantic partner. His confidence in both himself and his familial relationships becomes clearer by the end of the movie.

Noticing true character progression in such palpable ways leaves the viewer inspired and excited for self-discovery in their own lives.

Love a good British accent? This film is largely based in the UK, so you’ll get your fix every so often. Does anyone really need another reason to melt into a new flick?

5. The Misadventures Will Make You Feel Good About Yourself

While the 3-star rating on IMDB might not exactly indicate it, there are moments of pure hilarity in this film that make it truly enjoyable. Like when Eloise absolutely burns Paul’s ex-boyfriend out of absolutely nowhere. Or when drunk Paul can’t stop talking about his breakup at the rehearsal dinner.

Plus, 3 family members end up in jail the week of the wedding. Can you guess who they might be? You’ve got to watch to find out! 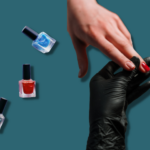