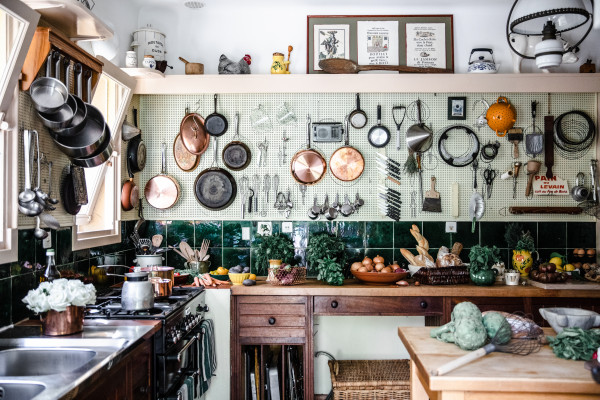 Have you ever heard of recipe-free cooking? I mean, as someone who has always experimented in the kitchen, this concept hardly seemed foreign at first glance. However, before indulging in the new series La Pitchoune: Cooking in France (presented by the Magnolia Network and HBO Max), I didn’t have a leg up in my cooking. I didn’t take the time to understand the ingredients, the textures, and the flavors.

The show took an educational dive into a real-life experience led by a no-recipe pact. Here’s what I loved about it.

1. The Story is Inspiring

In 2015, Makenna Held, the Lead Creative & Executive Director of La Pitchoune and the Courageous Cooking School, took a leap of faith and purchased La Pitchoune — or “Little One”, affectionately referred to as “La Peetch” — the Provencal vacation home of Paul and Julia Child. (Yes, THAT Julia Child.) She had a mind for business, and a strong, inexplicable pull to the listing. Trusting her intuition paid off.

2. The Leads Are Relatable and Encouraging

The effort to build a retreat in France that is both inviting and invigorating has given new life to the kitchen that Julia built. The vacation rental options are inclusive, family and group friendly, and incredibly detailed. Their in-person cooking experience gives people a reason to enjoy the entire process of making meals. They inspire people to engage in the flavors and textures they love, celebrate local produce options at farmer’s markets, and understand how combinations will make them feel.

They allow their students and viewers to lean into the flavors as they cook so that each meal is a new experience.

Kendall Lane came on to operate as “Executive Chef of La Pitchoune, Chicken Fanatic, and Garden Tender”, along with her husband Ross Lane, who is labeled as a “Beverage Director, Natural Wine Nerd, and Fixer of all the Things.” They are both entertaining leads alongside the owners and give more perspective to the series as a whole.

3. The Kitchen at La Pitchoune is Magical

“Cooking in La Peetch kitchen is so magical because of the history and because of the past that it has,” Held gushes. “The fact that there are so many original things in the kitchen and there’s so much energy in that space. It’s just such a little snapshot in time and it’s connected to so many people who have been so important to shaping food and food culture. Also, it’s a kitchen with so much history and beauty and such a functional workshop. I think ultimately, that’s what makes cooking in kitchens like that so beautiful.”

And she isn’t wrong. The kitchen has been maintained almost exactly as it was when Julia resided there. In fact, many of the kitchen utensils belonged to Julia herself. When you take each item off the pegboard, you can see its outline so you know exactly where it goes. It’s a system and a work of art all in one. Even just watching on a television screen, you felt chills watching the camera pan that space. Every. Single. Time.

The overgrowth of the ivy along the side of the building is picturesque, coupled with some of the most gorgeous hillside panorama shots you have ever seen. The property is luscious, the guests seem captivated. Through the historical explanations littered throughout the episodes encouraged by Nylund, the property almost comes alive, both in how it is presented now alongside snapshots and stories of its past.

Those who enjoyed their time at the Courageous Cooking School at La Pitchoune usually stick around. Many people go back for repeat vacations and cooking school experiences and the property gets a lot of referrals from previous guests. During the pandemic, they truly leaned into the idea of digital recipe-free classes. While there was a more in-depth paid experience, they hosted live streams and posted continuing education with recipe-free cooking lessons, posting the recipe in advance so people could procure their ingredients.

One La Peetch remote employee participated in both the digital and in-person experience. “It took participating in the cooking school in person to really grasp the framework and gain the courage to experiment alongside other guests!” Erin P.S. Zimmerman, Associate Producer on the project admitted.

“I knew that the cooking school needed to be introduced to the world in a broader way,” Zimmerman explained. “With her personality, the framework, the location, and the team she’s gathered – it was the perfect storm for an entertaining, transformation-driven storyline!”

6. The Cooking Lessons Are Simplified and Accessible

In the first episode of the series, Makenna and her cohort Kendall tackle a basic. They approach the perfect omelet with their students. Many viewers learned a specific flipping trick to create the perfect texture and fold that day. This is a fact confirmed by a slew of comments and photos via social media. What a simple, beautiful recipe to ease the viewers into!

“My favorite thing to make in the kitchen without a recipe is anything involving vegetables,” Held admits. “I think vegetables are unsung heroes. One of my favorite meals that I ever made with Chris is, early on in dating, we made a vegetarian feast for our friends. Nobody missed meat. It wasn’t that we were trying to make it some vegetarian feast — we’re not vegetarians — but it was an opportunity to just show that, like, here is all this beautiful produce that comes from this area.”

Each episode is sure to highlight the greenery that sets the backdrop for well-rounded meals and experiences. There is an educational angle to each episode that is absolutely charming. I feel like I am getting the cliffs notes version, but watching this show just makes me want to book the next available experience.

7. Adventure is Encouraged at La Pitchoune

The storyline goes on beautiful tangents to other villages and towns. It follows the owners on side projects, adventures to markets, and gorgeous experiences along the countryside. We get to see inside cheese shop storefronts and flower markets. Not to mention produce stands and fish shops, among so many other places. These sidebars make their true immersion into the culture feel authentic and sincere.

It serves to inspire others that adventure is wildly encouraged to succeed in life. 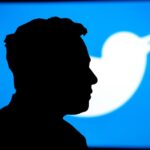