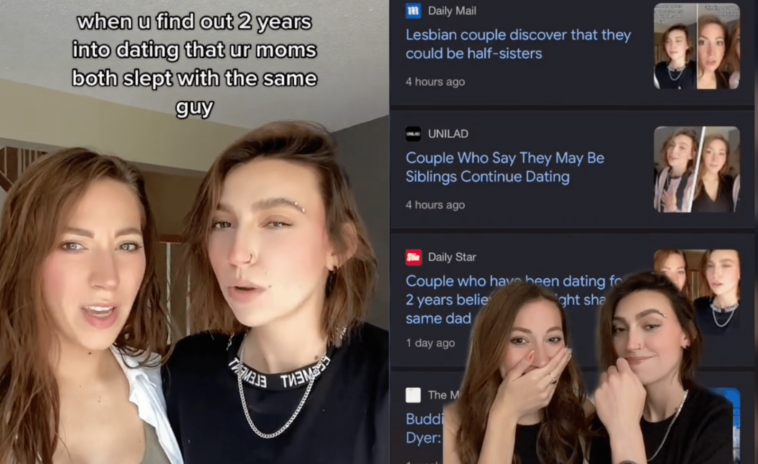 Picture this. Two years into your relationship you discover that you might be related to your partner. Errr — what? We know.

But in a wild twist of events, that’s exactly what happened to this TikTok couple: Carley Gonschior and Mercedes Stewart. After happily dating for two years, the Canadian lesbian couple discovered that they could actually be half-sisters.

And in true 2022 fashion, this has all played out over the internet. TikTok to be exact.

Wait, what actually happened with this TikTok couple?

The pair are TikTok and OnlyFans content creators. They had already amassed a following through their shared account @carleyandmercedes. Their TikToks are usually about their everyday life.

But in a shocking video, they lowkey revealed, using a TikTok trend, that they could be half-sisters.

It’s safe to say people have feelings about this. There was shock. There was outrage. There was emotional investment. Many commented on how much they look alike. Some had even said they thought they were twins when they first came across the video. Others called for them to do a DNA test to find out once and for all.

And as you’d expect, the initial video went viral around the world. With over one million views and 11,000 comments. The couple even created a TikTok showing countless headlines about them from different media outlets.

Are They Actually Half-Sisters?

With their usual content, the couple has periodically shared updates along about their situation along the way. The two decided to follow the requests of many commenters and ordered an at-home DNA test.

And no surprise: they’re documenting the testing process on Tiktok which has amassed 3.7 million views.

The results of the DNA test aren’t instant and will take time. The pair even made a TikTok that showed them in front of a screenshot of the official DNA test timeline.

They should have the results between the 26th of July and August 9th.

The Controversy of It All

In the initial video, the couple posted a comment asking if it would be wrong to stay together, even if they found out that they were related.

The comment has garnered over 65,000 likes and sparked some controversy. Many people are completely outraged by the idea. But others are defending staying together, arguing it’s not wrong as they cannot have children. Whatever the thoughts, this situation has definitely started a heated debate.

Since they first found out the shocking news, the pair have continued to document their lives. Many videos show them very much enamoured with each other, living life as normal. This hasn’t impressed people who are impatient with the lack of updates.

They are so invested in this story, they are getting angry at the pair for posting their normal content. Some of their followers are so invested they only want updates about the situation.

It’s safe to say that this is a whirlwind of a journey. People are waiting with bated breath. They are curious, amused or outraged. Sometimes all three, at once.

But many are just hoping that the TikTok algorithm will take them back to the results when they are posted. And trust me, we’ll be updating the results here too. 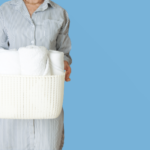 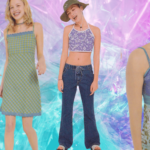