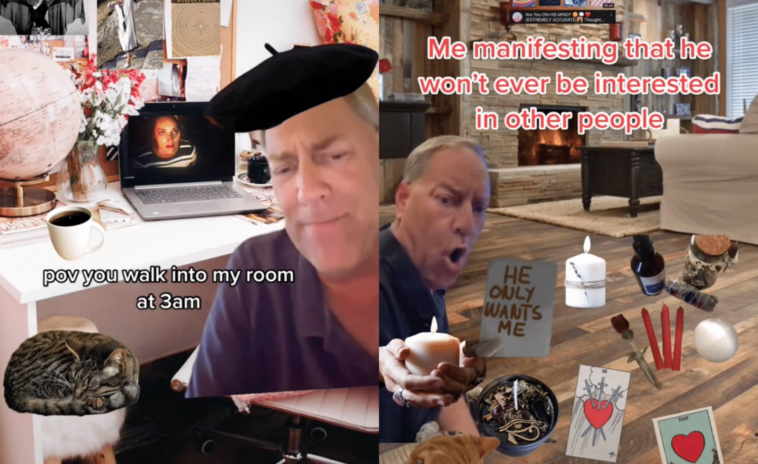 The glorious thing about TikTok is that you never know just what might come next. Including Rodger Cleye — a man who has gone viral for singing clips of songs and becoming a meme that every sad girl can relate to. But not quite in the way you would expect.

The unexpected star of these memes is Rodger Cleye — a 56-year-old man from California who works in tech. He has had no formal training unless you count singing in your car. Cleye likes the memes that he’s been featured in.

What is the meme exactly?

The super-popular meme features Cleye signing, usually photoshopped in another background, such as a bedroom. Objects are placed in the room, like movie posters, CDs, laptops with specific tv shows playing and even animals. A caption like ‘POV: you walk into my room at 3 am.’

It’s a play on the sad girl trend.

What is The Sad Girl Trend?

The Roger Cleye meme is a continuation of the ‘sad-girl’ trend that took the internet by storm in 2010. Think Lana Del Rey, Tumblr aesthetics of girls crying openly and Sylvia Plath references.

Lots of these memes feature Lana Del Rey, the poster of sad girl. Taylor Swift’s songs also feature heavily. There is a certain tongue-in-cheek, acknowledgment of how unhinged it all is. The hysterical references add to the background. The song choices perfectly capture the emotions.

And just like that, Rodger Cleye has reinvented it.

The Best Rodger Cleye Memes Out There

We’ve found you some of the best of the #RodgerCleye memes for you to sit back, experience and enjoy:

1. “Me after finding out my crush has a girlfriend”

2. “POV: me thinking he’s losing feelings be he hasn’t texted me in 4 hours”

4. “pov: me after deciding to become the best version of myself at 3am”

5. “pov: me watching those women clean their house with amazing stuff for 4 hours straight”

6. “Pov: My family waiting for me to get married

7. “Pov: you walk into my room after I’ve ghosted everyone for a week

8. “Me exactly 2 minutes after having a mental breakdown”

9. “Me manifesting that he won’t ever be interested in other people”

10. “me in my room at 2am because i spontaneously decided to be in my baddy era” 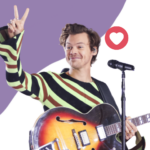 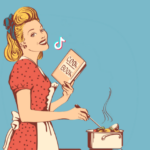