Elom Bowman, aka Ecentrik is an O.G. of custom sneaker design. Since 2002, Bowman has flipped hundreds of ordinary sneakers into vibrantly colorful, gallery-ready art pieces that pay homage to pop culture icons.

Ecentrik’s Instagram is a scrollable treat where he shares meticulously crafted images of his sneakers, photographed alongside the inspiration, including comic book characters, wrestlers, and sports teams.

I often get asked/told by people: “Where did you get those?” or “I’ve never seen that shoe in that color/style.” They’re definitely conversation starters. Between filling orders for clients, I often make personal pairs – it helps to be a walking billboard for my products.

I have been a Bret “The Hitman” Hart fan since my early teens and always thought he was a great wrestling technician with a cool aura and look; the pink and black ring gear, the glasses, and his Hitman logo. I thought it would be cool to adapt as a sneaker. It became one of my more popular designs and even led to me commissioning a pair for Bret himself!

If you’re looking for the perfect splurge or gift, head over to Ecentrik’s website where you can find one of his original creations, or collaborate with him and bring your own idea to life with a custom design. 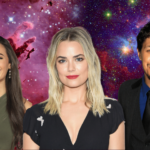 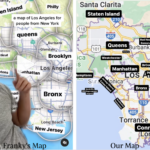