If you’ve ever wanted to eat just like a big cat, then keep on reading. The Lion Diet consists only of salt, water, and meat from “ruminant animals,” such as cattle, goats, buffalo, deer, and sheep.

Ruminant (noun): an animal (such as a cow or sheep) that has more than one stomach and that swallows food and then brings it back up again to continue chewing it

The Lion Diet’s Rise to Popularity

Mikhaila Peterson (yes, the daughter of Jordan Peterson), first shared the Lion Diet in late December 2022, claiming that it cured her psoriatic arthritis, depression, ADHD, PTSD, and more. Mikhaila soon put her father on the diet, and it went viral almost instantly. TikTokers began experimenting, with some gushing about its effects. Believers suggested that it alleviated their chronic illnesses, cured their PCOS, cleared up their allergies, and eliminated other disorders.

However, not everyone agrees that the Lion Diet is life-changing for the better, and some experts even say that it’s just not safe.

Unfortunately for lion lovers, Healthline only gives this diet a score of 1.25 out of 5. As a diet that essentially eliminates everything but meat, eventually, the goal is to re-introduce old foods back into your diet and see which ones are causing problems. However, not everyone does it that way, and some rely on the Lion Diet permanently as a way to heal their woes – and in the long run, it can make your health worse, according to dietitians.

“The Lion Diet is another ‘fad’ diet that would be insufficient in obtaining the balance and varied nutrients humans need to thrive,” Monique Richard, Integrative Dietitian Nutritionist, Registered Yoga Teacher, and owner of Nutrition-In-Sight, tells GIMME. “Vitamins such as C, E, A, and D, along with minerals such as magnesium, selenium, potassium, and zinc, would be inadequate if one is solely consuming meat, salt, and water. In addition, nutrients that support gut and brain health such as unsaturated fats like omega-3 fatty acids, fiber, and pre and probiotics would be missing.”

Additionally, Richard says, taking in too much of any one nutrient can be detrimental to your body. Too much vitamin D can cause muscle cramping, too much fiber can cause abdominal bloating or cramping, and contrary to what your local lifting bro might tell you, too much protein can cause elevated blood lipids and eventual heart disease.

“This diet may provide excess sodium, saturated fat, and additional carcinogens or additives such as nitrates depending on how it is prepared and consumed,” Richard says.

Have Pride in your Diet

Any reasonably-minded person knows that processed foods, fast food, and junk food will all increase inflammation, lower energy levels, and might cause serious health issues in the future. But any reasonably-minded person also knows that overcorrecting by becoming entrenched in a cultural movement that pedestalizes caveman fitness trends isn’t exactly the best way to go either. Rather than getting your dietary advice from the unqualified daughter of a famous contrarian, try finding a licensed professional who can hear your specific complaints and help you create a plan to tackle them.

“It is highly recommended to meet with a registered dietitian nutritionist (RDN) to address one’s individual nutrient needs, health goals, and specific recommendations based on a variety of factors,” Richard adds. 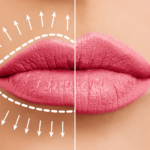